The Drama Queens would like to cordially invite you to their theatre performance of John Buchan’s and Alfred Hitchcock’s The Thirty-Nine Steps, adapted for stage by Patrick Barlow.


The Drama Queens started as a university student based company founded in 2007 with the purpose of studying, rehearsing, and performing plays in the English language. Originally a school subject at the Pedagogic Facility of Charles University in Prague, Czech Republic, designed for improving spoken skills in foreign language, it gradually transformed into an independent theatre ensemble, stepping boldly onto the most beautiful stages in Prague. Some of the actors and actresses are actually your classmates from the Department of Gender Studies!


What do you get when you blend a juicy spy novel and a 1930's Hitchcock thriller, spice it up with parody and homage at the same time, and wrap it in a crazy package of imagination? The Thirty-Nine Steps! The story of Richard Hannay, a man wrongfully accused of murder who finds himself on the run from foreign agents and tied to a woman who hates his guts, is at the core of this virtuously constructed detective comedy with elements of slapstick and a touch of heart. 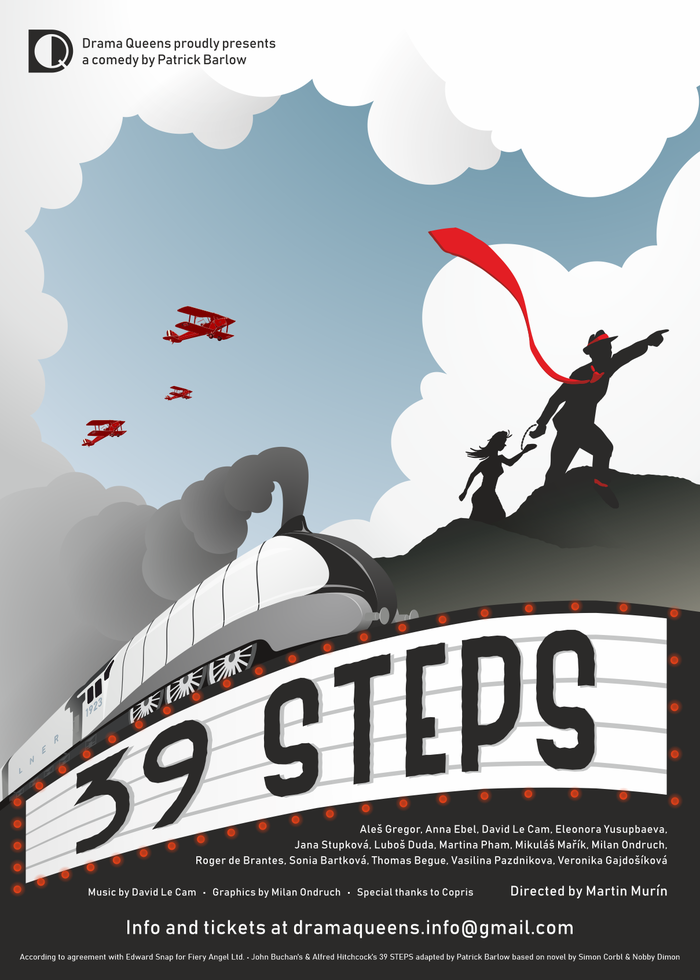